I think I was in a bit of a crummy mood when I went through the main section of the park.  I shot some video in Capitol Gorge, hiked out to Hickman Arch, but really wanted to be on the road the whole time.  This was getting towards the end of the trip and I was running out of time, so I was feeling a bit pinched for time...  However, this is an area I would like to explore more in the future.

This is a pretty decent arch.  Of course, after Arches National Park and Natural Bridges National Monument, I was probably getting a bit spoiled on arches, but it's a good one and it is a nice walk out to it from the highway.


Back in the day, it was "accepted," I suppose, that one would leave their mark at sites like this.  Especially when they were as remote as this one at the time the carvings below were made.  In some ways, it was their Facebook and Instagram, I suppose.  A "see, I was here too" to future visitors.

It seems abhorent to most of us now to even contemplate leaving carvings such as these, of course.  To most of us, at least.  However, too many modern tourists still do this, or other acts that seem awful.  Some of that is probably due to the fact that the major national parks attract a lot of folks that are not "outdoorsy" by nature, who don't understand that the signs saying "do this" and "do not do that" are there for a reason...

And of course, some people are just self-absorbed assholes.  So yeah, there's that too...  But back when these carvings were made, well, we can cut them a little slack and, really, these days their marks have become historic themselves.

Especially in some of the locations along the Oregon Trail, like Independence Rock, Chimney Rock, and other spots along that route.

The first photo below is an interpretive sign at Chimney Rock National Historic Site... 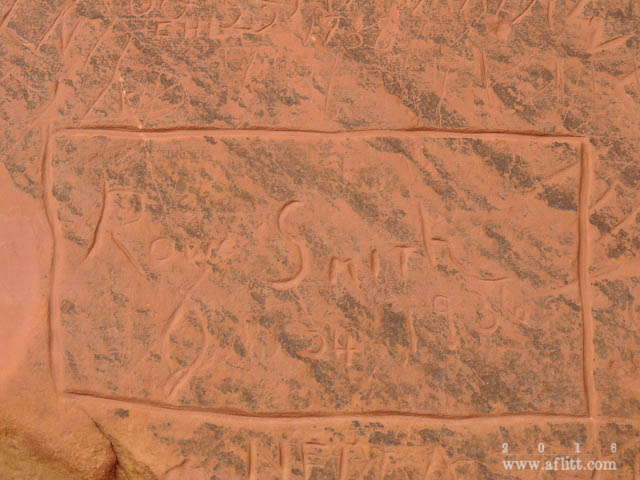 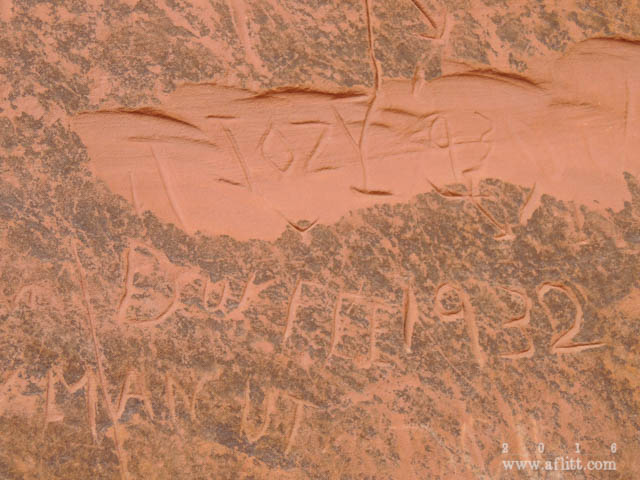